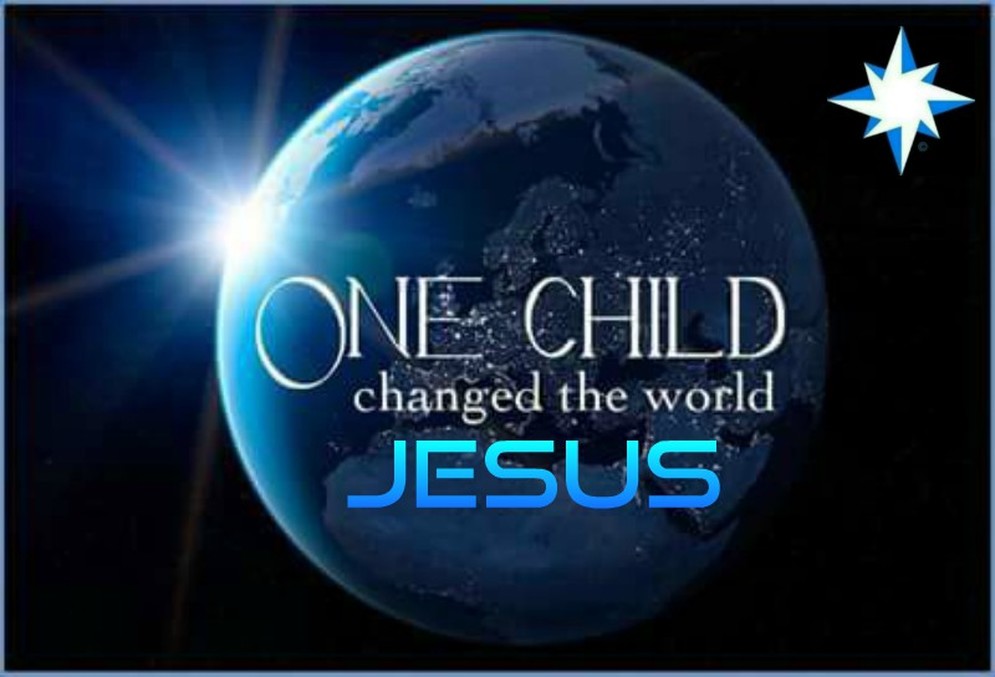 Real Life and Teachings of Jesus

"The ultimate goal of human progress is the recognition of the fatherhood of God and the loving materialization of the brotherhood of man."
​- Joshua ben Joseph, ​the Human Jesus

Contains all the following series:

Book One: The Birth and Childhood of Jesus through His 20th year
This is the fullest account of Jesus (Joshua ben Joseph) from his birth on August 21, 7 B.C. through his twentieth year. It chronicles the events of his birth, his youth, the acts of Herod, the death of his father, and his teenage years struggling to support his family. In striking detail his home life as a youth and the challenges he and his family face day to day come alive.

Herod Acts
The Early Childhood of Jesus
Back in Nazareth
The Fifth Year (2 B.C.)
Events of the Sixth Year (1 B.C.)
The Seventh Year (A.D. 1)
School Days in Nazareth

Book Two: His Early manhood through His 29th year
AS JESUS of Nazareth entered upon the early years of his adult life, he had lived, and continued to live, a normal and average human life on earth. Jesus came into this world just as other children come; he had nothing to do with selecting his parents. And Jesus stood on the shore and watched as the small boat carried them out to their anchored ship. Thus the Master left his friends from India at Charax, never to see them again in this world; nor were they, in this world, ever to know that the man who later appeared as Jesus of Nazareth was this same friend they had just taken leave of -- Joshua their teacher.

Book Three: The Transition Years of Jesus
DURING the Mediterranean journey Jesus had carefully studied the people he met and the countries through which he passed, and at about this time he reached his final decision as to the remainder of his life on earth. He had fully considered and now finally approved the plan which provided that he be born of Jewish parents in Palestine, and he therefore deliberately returned to Galilee to await the beginning of his lifework as a public teacher of truth; he began to lay plans for a public career in the land of his father Joseph's people, and he did this of his own free will.

Book Four: Jesus Chooses His Apostles (the inside story)
The apostles learned from Jesus about the kingdom of heaven, and Jesus learned much from them about the kingdom of men, human nature as it lives on Earth. These twelve men represented many different types of human temperament, and they had not been made alike by schooling. Read the inside story of their lives and struggles as they chose to follow the master.

Book Five: Jesus Begins Public Work
Just before leaving, the apostles missed the Master, and Andrew went out to find him. After a brief search he found Jesus sitting in a boat down the beach, and he was weeping. The twelve had often seen their Master when he seemed to grieve, and they had beheld his brief seasons of serious preoccupation of mind, but none of them had ever seen him weep. Andrew was somewhat startled to see the Master thus affected on the eve of their departure for Jerusalem, and he ventured to approach Jesus and ask: “On this great day, Master, when we are to depart for Jerusalem to proclaim the Father’s kingdom, why is it that you weep? Which of us has offended you?” And Jesus, going back with Andrew to join the twelve, answered him: “No one of you has grieved me. I am saddened only because none of my father Joseph’s family have remembered to come over to bid us Godspeed.” At this time Ruth was on a visit to her brother Joseph at Nazareth. Other members of his family were kept away by pride, disappointment, misunderstanding, and petty resentment indulged as a result of hurt feelings.

Book Six: The Preaching Tours of Jesus
This was the first time Jesus permitted his associates to preach without restraint. On this tour he cautioned them on only three occasions; he admonished them to remain away from Nazareth and to be discreet when passing through Capernaum and Tiberias. It was a source of great satisfaction to the apostles at last to feel they were at liberty to preach and teach without restriction, and they threw themselves into the work of preaching the gospel, ministering to the sick, and baptizing believers, with great earnestness and joy.

The Feast of Spiritual Goodness
Training Evangelists at Bethsaida
A New School of Prophets
The Bethsaida Hospital
The Father's Business
Evil, Sin and Iniquity
The Purpose of Affliction
The Misunderstanding of Suffering Job
The Man with the Withered Hand
Last Week at Bethsaida

Returning to Bethsaida
The Third Preaching Tour
The Women's Evangelistic Corps
The Stop at Magdala
Sabbath at Tiberias
Sending the Apostles out Two by Two
What Must I Do to be Saved?
The Evening Lessons
The Sojourn at Nazareth
The Sabbath Service

Book Seven: Crisis in Jesus' Earth Life
On Friday evening, the day of their arrival at Bethsaida, and on Sabbath morning, the apostles noticed that Jesus was seriously occupied with some momentous problem; they were cognizant that the Master was giving unusual thought to some important matter. He ate no breakfast and but little at noontide. All of Sabbath morning and the evening before, the twelve and their associates were gathered together in small groups about the house, in the garden, and along the seashore. There was a tension of uncertainty and a suspense of apprehension resting upon all of them. Jesus had said little to them since they left Jerusalem.

Events Leading up to the Capernaum Crisis
At Jairus's House
Feeding the Five Thousand
The King-Making Episode
Simon Peter's Night Vision
Back in Bethsaida
At Gennesaret
At Jerusalem
The Crisis at Capernaum
Setting the Stage
The Epochal Sermon
The After Meeting
Last Words in the Synagogue
The Saturday EveningLast Days at Capernaum
A Week of Counsel
A Week of Rest
The Second Tiberias Conference
Saturday Night in Capernaum
The Eventful Sunday Morning
Jesus' Family Arrives
The Hasty FlightFleeing Through Northern Galilee
Why do the Heathen Rage?
The Evangelists in Chorazin
At Caesarea-Philippi
On the Way to Phoenicia

Book Eight: The Transfiguration of Jesus
While Peter was yet speaking, a silvery cloud drew near and overshadowed the four of them. The apostles now became greatly frightened, and as they fell down on their faces to worship, they heard a voice, the same that had spoken on the occasion of Jesus' baptism, say: "This is my beloved Son; give heed to him." And when the cloud vanished, again was Jesus alone with the three, and he reached down and touched them, saying: "Arise and be not afraid; you shall see greater things than this." But the apostles were truly afraid; they were a silent and thoughtful trio as they made ready to descend the mountain shortly before midnight.

Book Nine: The Parables and Miracles of Jesus
About this time Jesus first began to employ the parable method of teaching the multitudes that so frequently gathered about him. Since Jesus had talked with the apostles and others long into the night, on this Sunday morning very few of the group were up for breakfast; so he went out by the seaside and sat alone in the boat, the old fishing boat of Andrew and Peter, which was always kept at his disposal, and meditated on the next move to be made in the work of extending the kingdom. But the Master was not to be alone for long. Very soon the people from Capernaum and near-by villages began to arrive, and by ten o’clock that morning almost one thousand were assembled on shore near Jesus’ boat and were clamoring for attention. Peter was now up and, making his way to the boat, said to Jesus, “Master, shall I talk to them?” But Jesus answered, “No, Peter, I will tell them a story.” And then Jesus began the recital of the parable of the sower, one of the first of a long series of such parables which he taught the throngs that followed after him. This boat had an elevated seat on which he sat (for it was the custom to sit when teaching) while he talked to the crowd assembled along the shore. After Peter had spoken a few words, Jesus said: . . .

The Perean Mission Begins .
At the Pella Camp
Sermon on the Good Shepherd
Sabbath Sermon at Pella
Dividing the Inheritance
Talks to the Apostles on Wealth

Book Ten: Rejection of Jesus in Jerusalem
In answering Nathaniel’s question, Jesus said: “Yes, I will tell you about the times when this people shall have filled up the cup of their iniquity; when justice shall swiftly descend upon this city of our fathers. I am about to leave you; I go to the Father. After I leave you, take heed that no man deceive you, for many will come as deliverers and will lead many astray. When you hear of wars and rumors of wars, be not troubled, for though all these things will happen, the end of Jerusalem is not yet at hand. You should not be perturbed by famines or earthquakes; neither should you be concerned when you are delivered up to the civil authorities and are persecuted for the sake of the gospel. You will be thrown out of the synagogue and put in prison for my sake, and some of you will be killed. When you are brought up before governors and rulers, it shall be for a testimony of your faith and to show your steadfastness in the gospel of the kingdom. And when you stand before judges, be not anxious beforehand as to what you should say, for the spirit will teach you in that very hour what you should answer your adversaries. In these days of travail, even your own kinsfolk, under the leadership of those who have rejected the Son of Man, will deliver you up to prison and death. For a time you may be hated by all men for my sake, but even in these persecutions I will not forsake you; my spirit will not desert you. Be patient! doubt not that this gospel of the kingdom will triumph over all enemies and, eventually, be proclaimed to all nations.”

The Return of Michael
Wednesday, the Rest Day
One Day Alone with God
Early Home Life
The Day at Camp
Judas and the Chief Priests

Book Eleven: The Crucifixion of Jesus - in detail
If man cannot otherwise appreciate Jesus and understand the meaning of his bestowal on earth, he can at least comprehend the fellowship of his mortal sufferings. No man can ever fear that the Creator does not know the nature or extent of his temporal afflictions. We know that the death on the cross was not to effect man's reconciliation to God but to stimulate man's realization of the Father's eternal love and his Son's unending mercy, and to broadcast these universal truths to a whole universe. . . .

On the Way to the High Priest's Place
Before the Sanhedrin Court
Examination by Annas
Peter in the Courtyard3.
Before the Court of Sanhedrists
The Hour of Humiliation

Book Twelve: The Resurrection and Faith of Jesus (awesome story)
At two forty-five Sunday morning, the Paradise incarnation commission, consisting of seven unidentified Paradise personalities, arrived on the scene and immediately deployed themselves about the tomb. At ten minutes before three, intense vibrations of commingled material and other activities began to issue from Joseph’s new tomb, and at two minutes past three o’clock, this Sunday morning, April 9, A.D. 30, the resurrected and different form and personality of Jesus of Nazareth came forth from the tomb. (You will have to put the book down to regain composure)

If not satisfied for any reason let us know for a full refund!
Peace to you and enjoy!