Forecast of the Kingdom

Thus does the so-called Christian church become the cocoon in which the kingdom of Jesus’ concept now slumbers. The kingdom of the divine brotherhood is still alive and will eventually and certainly come forth from this long submergence, just as surely as the butterfly eventually emerges as the beautiful unfolding of its less attractive creature of metamorphic development.

Later Ideas of the Kingdom 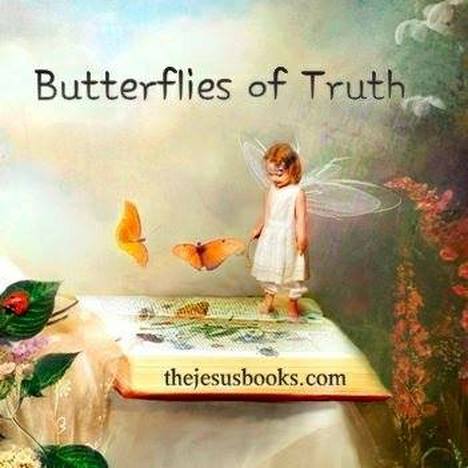 170:5.1 Having summarized the teachings of Jesus about the kingdom of heaven, we are permitted to narrate certain later ideas which became attached to the concept of the kingdom and to engage in a prophetic forecast of the kingdom as it may evolve in the age to come.

(1864.3) 170:5.3 But the great step which marked the transplantation of the teachings of Jesus from a Jewish to a gentile soil was taken when the Messiah of the kingdom became the Redeemer of the church, a religious and social organization growing out of the activities of Paul and his successors and based on the teachings of Jesus as they were supplemented by the ideas of Philo and the Persian doctrines of good and evil.

(1864.4) 170:5.4 The ideas and ideals of Jesus, embodied in the teaching of the gospel of the kingdom, nearly failed of realization as his followers progressively distorted his pronouncements. The Master’s concept of the kingdom was notably modified by two great tendencies:

(1864.5) 170:5.5 1. The Jewish believers persisted in regarding him as the Messiah. They believed that Jesus would very soon return actually to establish the world-wide and more or less material kingdom.

(1864.6) 170:5.6 2. The gentile Christians began very early to accept the doctrines of Paul, which led increasingly to the general belief that Jesus was the Redeemer of the children of the church, the new and institutional successor of the earlier concept of the purely spiritual brotherhood of the kingdom.

(1864.7) 170:5.7 The church, as a social outgrowth of the kingdom, would have been wholly natural and even desirable. The evil of the church was not its existence, but rather that it almost completely supplanted the Jesus concept of the kingdom. Paul’s institutionalized church became a virtual substitute for the kingdom of heaven which Jesus had proclaimed.

(1864.8) 170:5.8 But doubt not, this same kingdom of heaven which the Master taught exists within the heart of the believer, will yet be proclaimed to this Christian church, even as to all other religions, races, and nations on earth — even to every individual.

(1864.9) 170:5.9 The kingdom of Jesus’ teaching, the spiritual ideal of individual righteousness and the concept of man’s divine fellowship with God, became gradually submerged into the mystic conception of the person of Jesus as the Redeemer-Creator and spiritual head of a socialized religious community. In this way a formal and institutional church became the substitute for the individually spirit-led brotherhood of the kingdom.

(1864.10) 170:5.10 The church was an inevitable and useful social result of Jesus’ life and teachings; the tragedy consisted in the fact that this social reaction to the teachings of the kingdom so fully displaced the spiritual concept of the real kingdom as Jesus taught and lived it.

(1865.1) 170:5.11 The kingdom, to the Jews, was the Israelite community; to the gentiles it became the Christian church.To Jesus the kingdom was the sum of those individuals who had confessed their faith in the fatherhood of God, thereby declaring their wholehearted dedication to the doing of the will of God, thus becoming members of the spiritual brotherhood of man.

(1865.2) 170:5.12 The Master fully realized that certain social results would appear in the world as a consequence of the spread of the gospel of the kingdom; but he intended that all such desirable social manifestations should appear as unconscious and inevitable outgrowths, or natural fruits, of this inner personal experience of individual believers, this purely spiritual fellowship and communion with the divine spirit which indwells and activates all such believers.

(1865.3) 170:5.13 Jesus foresaw that a social organization, or church, would follow the progress of the true spiritual kingdom, and that is why he never opposed the apostles’ practicing the rite of John’s baptism. He taught that the truth-loving soul, the one who hungers and thirsts for righteousness, for God, is admitted by faith to the spiritual kingdom; at the same time the apostles taught that such a believer is admitted to the social organization of disciples by the outward rite of baptism.

(1865.4) 170:5.14 When Jesus’ immediate followers recognized their partial failure to realize his ideal of the establishment of the kingdom in the hearts of men by the spirit’s domination and guidance of the individual believer, they set about to save his teaching from being wholly lost by substituting for the Master’s ideal of the kingdom the gradual creation of a visible social organization, the Christian church. And when they had accomplished this program of substitution, in order to maintain consistency and to provide for the recognition of the Master’s teaching regarding the fact of the kingdom, they proceeded to set the kingdom off into the future. The church, just as soon as it was well established, began to teach that the kingdom was in reality to appear at the culmination of the Christian age, at the second coming of Christ.

(1865.5) 170:5.15 In this manner the kingdom became the concept of an age, the idea of a future visitation, and the ideal of the final redemption of the saints of the Most High. The early Christians (and all too many of the later ones) generally lost sight of the Father-and-son idea embodied in Jesus’ teaching of the kingdom, while they substituted therefor the well-organized social fellowship of the church. The church thus became in the main a social brotherhood which effectively displaced Jesus’ concept and ideal of a spiritual brotherhood.

(1865.6) 170:5.16 Jesus’ ideal concept largely failed, but upon the foundation of the Master’s personal life and teachings, supplemented by the Greek and Persian concepts of eternal life and augmented by Philo’s doctrine of the temporal contrasted with the spiritual, Paul went forth to build up one of the most progressive human societies which has ever existed on Urantia.

(1865.7) 170:5.17 The concept of Jesus is still alive in the advanced religions of the world. Paul’s Christian church is the socialized and humanized shadow of what Jesus intended the kingdom of heaven to be — and what it most certainly will yet become. Paul and his successors partly transferred the issues of eternal life from the individual to the church. Christ thus became the head of the church rather than the elder brother of each individual believer in the Father’s family of the kingdom. Paul and his contemporaries applied all of Jesus’ spiritual implications regarding himself and the individual believer to the church as a group of believers; and in doing this, they struck a deathblow to Jesus’ concept of the divine kingdom in the heart of the individual believer.

(1866.1) 170:5.18 And so, for centuries, the Christian church has labored under great embarrassment because it dared to lay claim to those mysterious powers and privileges of the kingdom, powers and privileges which can be exercised and experienced only between Jesus and his spiritual believer brothers. And thus it becomes apparent that membership in the church does not necessarily mean fellowship in the kingdom; one is spiritual, the other mainly social.

(1866.2) 170:5.19 Sooner or later another and greater John the Baptist is due to arise proclaiming “the kingdom of God is at hand” — meaning a return to the high spiritual concept of Jesus, who proclaimed that the kingdom is the will of his heavenly Father dominant and transcendent in the heart of the believer — and doing all this without in any way referring either to the visible church on earth or to the anticipated second coming of Christ. There must come a revival of theactual teachings of Jesus, such a restatement as will undo the work of his early followers who went about to create a sociophilosophical system of belief regarding the fact of Michael’s sojourn on earth. In a short time the teaching of this story about Jesus nearly supplanted the preaching of Jesus’ gospel of the kingdom. In this way a historical religion displaced that teaching in which Jesus had blended man’s highest moral ideas and spiritual ideals with man’s most sublime hope for the future — eternal life. And that was the gospel of the kingdom.

(1866.3) 170:5.20 It is just because the gospel of Jesus was so many-sided that within a few centuries students of the records of his teachings became divided up into so many cults and sects. This pitiful subdivision of Christian believers results from failure to discern in the Master’s manifold teachings the divine oneness of his matchless life. But someday the true believers in Jesus will not be thus spiritually divided in their attitude before unbelievers. Always we may have diversity of intellectual comprehension and interpretation, even varying degrees of socialization, but lack of spiritual brotherhood is both inexcusable and reprehensible.

(1866.4) 170:5.21 Mistake not! there is in the teachings of Jesus an eternal nature which will not permit them forever to remain unfruitful in the hearts of thinking men. The kingdom as Jesus conceived it has to a large extent failed on earth; for the time being, an outward church has taken its place; but you should comprehend that this church is only the larval stage of the thwarted spiritual kingdom, which will carry it through this material age and over into a more spiritual dispensation where the Master’s teachings may enjoy a fuller opportunity for development. Thus does the so-called Christian church become the cocoon in which the kingdom of Jesus’ concept now slumbers. The kingdom of the divine brotherhood is still alive and will eventually and certainly come forth from this long submergence, just as surely as the butterfly eventually emerges as the beautiful unfolding of its less attractive creature of metamorphic development.